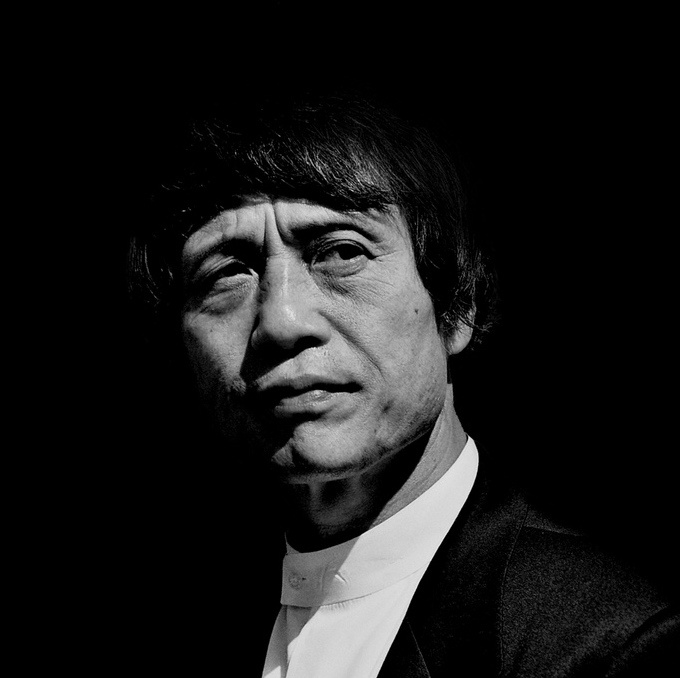 Tadao Ando's body of work is known for the creative use of natural light and for structures that follow natural forms of the landscape, rather than disturbing the landscape by making it conform to the constructed space of a building. Ando's buildings are often characterized by complex three-dimensional circulation paths. These paths weave in between interior and exterior spaces formed both inside large-scale geometric shapes and in the spaces between them. His "Row House in Sumiyoshi" (Azuma House, 住吉の長屋), a small two-story, cast-in-place concrete house completed in 1976, is an early work which began to show elements of his characteristic style. It consists of three equal rectangular volumes: two enclosed volumes of interior spaces separated by an open courtyard. The courtyard's position between the two interior volumes becomes an integral part of the house's circulation system. The house is famous for the contrast between appearance and spatial organization which allow people to experience the richness of the space within the geometry.[15] Ando's housing complex at Rokko, just outside Kobe, is a complex warren of terraces and balconies, atriums and shafts. The designs for Rokko Housing One (1983) and for Rokko Housing Two (1993) illustrate a range of issues in traditional architectural vocabulary—the interplay of solid and void, the alternatives of open and closed, the contrasts of light and darkness. More significantly, Ando's noteworthy engineering achievement in these clustered buildings is site specific—the structures survived undamaged after the Great Hanshin earthquake of 1995.[16] New York Times architectural critic Paul Goldberger argues that: